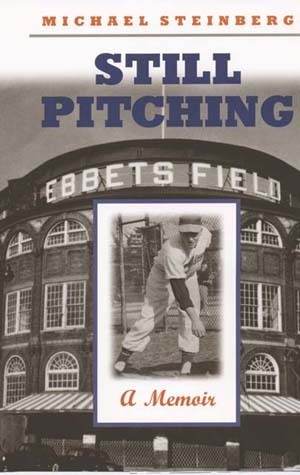 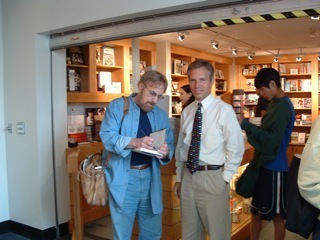 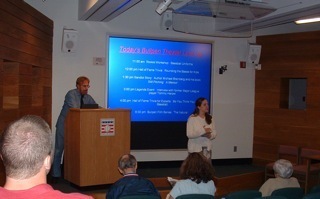 Still Pitching is a memoir about growing up Jewish in New York in the 50's. It spans the years 1947, when Jackie Robinson broke the major league color barrier to 1957, when the Dodgers and Giants left New York for California--thus marking not only the beginning of baseball expansion, but other significant changes in the larger culture. The narrator's personal story begins in the early 50's, toward the end of grade school, and continues through high school graduation. The heart of the story is the author's struggles with two baseball coaches, one of whom was an anti-Semite, and the other, a Jew who pushed his Jewish players harder because he thought they were too soft. A parallel motif is the narrator's identification with the hard luck Brooklyn Dodgers, the resilient underdogs of that era--a team that the author views as a kind of personification of his own struggles. The memoir focuses on those struggles--the narrator's yearnings to find a place to belong and something to excel at. That something was baseball.

Still Pitching is set against the rich cultural and intellectual, backdrop of New York in the 50's--the advent of the Beats, the Greenwich Village jazz scene, and the beginnings of both rock and roll, and Off-Broadway avant guarde theater. It also takes place during the period that most baseball writers called "the golden age" of New York baseball-when one or two of the three New York teams, the Yankees, Dodgers, and Giants appeared in the World Series ten times. The memoir ends with the Brooklyn Dodger's only World Championship, after decades of failure--while at the same time the narrator earns his own success as a high school relief pitcher. In the final scene, the author, by pure coincidence, is once more following his childhood team, the Dodgers. He's on a plane to Los Angeles, where he will attend college at UCLA.

"Michael Steinberg's "Still Pitching" is an insightful and engaging memoir. At eye level it shows that success is the result of perseverance, discipline and heart. At gut level it's a wrenching examination of what it meant to be an adolescent male in the late 1950s."

"This elegant little memoir presents a middle-aged man's recollections of his coming of age through baseball, friendship, and conflict. The baseball story is itself twofold: the tale of the beloved Boys of Summer-the Brooklyn Dodgers-and Steinberg's own quest to become an excellent ballplayer, one capable of garnering the respect of his coaches and appreciation from classmates, family members, and girlfriends. His touching stories of painful interactions with girls once puberty has taken hold ring true. Equally real are his accounts of deflecting attacks (verbal and otherwise) from tougher, more street smart kids, including at least one of a sociopathic nature. In the midst of it all, Steinberg acquires a love for both baseball and the written word, becoming first a voracious reader and then an eager contributor to school newspapers. The story ends with the once short, pudgy lad acquiring a certain allure to the girls from the other side of town, turning into an overachieving star reliever on his high school team and bemoaning the departure of the Dodgers to Los Angeles. R.C. Cottrell, California State Univ., Chico

"With adroit precision and quiet enthrallment, Mike Steinberg leads us into the American Epoch that was New York and baseball in the 1950's. But to say that Still Pitching is simply about baseball is to say that Moby Dick was a good little book about whales.” --Dennis Lehane

“Still Pitching  should be praised for doing what far too many memoirs of growing- up- in-sports are unable to do:  make the experience resonate beyond sports, beyond self- absorption."
--Floyd Skloot

“Michael Steinberg’s Still Pitching, quite possibly my favorite book of the year, is the story of a short, chubby, Jewish teen-ager in Brooklyn in the 1950s and all that implies: hormones, girls, rejection, Dodgers, writing. It is an astonishing and sometimes borderline voyeuristic look at the pains of growing up.”
--Dan Smith, WVTF, Roanoke, Virginia Public Radio

“One of the five best memoirs of the year.”
--Dan Wickett, www.emerging writers.net

“In scenes that are suspenseful, cinematic, crackling with sensual detail, and juiced with lively dialogue, Mike Steinberg explores the heart of the locker room, the culture of males apart from women. Starting with a distant dad who lives and breathes baseball and a protective mom who introduces her son to the erotics of reading and writing, Steinberg charts his zigzagging course through the worlds of leather and language. As he searches for the kit that turns males into men, we meet glory boys and naturals, bullies and bottoms, a world where cruelty and romance bleed into each other. With courage, wit, and candor, Steinberg explores a subject seldom broached by men: how they feel--the longing, self-loathing, identification, and consolation--while gaining admittance to the boys' team.” --Laurie Stone

“Michael Steinberg's book lovingly preserves an otherwise lost time and place; it transports us back to Brooklyn in the 1950s so vividly that we can walk around, gawk, admire and wince. A copy apiece should go into the collections of the Smithsonian and Cooperstown, but above all it belongs on the bookshelves of all those who appreciate honest, affecting and funny memoirs about growing up.” --Phillip Lopate

“One of the epigraphs for Michael Steinberg's wondrous Still Pitching comes from Buck Leonard, the Negro Leagues luminary. Comparing baseball to music, Leonard says, "It fills you up." So does Steinberg's memoir, and not just because, word by word, it is so deftly written; the book is also full of what musicians call "changes," affecting and often startling transitions, in this case from the great game itself to what it means to have been a male of a certain generation in America. Speaking as his contemporary, I'll insist that no one has limned that territory better. I rooted both for the young author and for the mature just as one roots for his or her home team. What moves a reader most in this book is the player's "heart": throughout the contest, he takes his lumps and enjoys his triumphs small and large; the main thing, though, is that he's still pitching into extra innings. Thank heavens, and Mike Steinberg, for that.” --Sydney Lea

“Mike Steinberg in Still Pitching writes for all those who once threw millions of baseballs against the garage door to become their heroes. But you don't need to love baseball, or the Dodgers, to identify with this book. Whatever your childhood obsession (mine was horses), this startlingly honest memoir makes you remember all the hurts and heart that comes from trying to turn dreams into a future.” --Mimi Schwartz

"To pigeonhole Michael Steinberg’s Still Pitching as a ‘baseball memoir’ is equivalent to calling Izaak Walton’s The Complete Angler a tract on fishing. Both books far exceed the subject matter indicated by their respective titles, though clearly the national obsession--or national pastime--for both baseball and fly-fishing does indeed foster a similar fanaticism, one that borders more often than not on the spiritual. Steinberg enters this territory early on:

I feel a catch-in-the-throat sensation--a sense of wonder and awe that still overwhelms me every time I visit a baseball stadium. It’s a signal that I’m about to cross a sanctified threshold and enter a world of gods and heroes, a universe where ordinary life falls away, where thestakes are high and the outcome is always in doubt.

Yes, ‘a world of gods and heroes,’ but those invoked include not only the greats who still loom larger than life in the culture’s collective imagination, but those who don’t--the other Babe, for example, George ‘Babe’ Herman, 'who had the ignominious distinction of winding up on third base with two other teammates.' And it’s with these outcasts, these ‘fellow pretenders’ that Steinberg feels his greatest affinity, and discovers his most enduring metaphors for struggle and acceptance, for enacting that next 'gritty (if improbable) comeback'.”

It’s the ‘50’s in New York, and this wonderfully moving memoir is as deeply committed to place and family and growing up as it is to baseball and its perennial contention club of that systolic decade, the old Brooklyn Dodgers. It’s a memoir about community and friendships both Jewish and non-Jewish, about loyalty, but mostly--and with a prose-style as convincing as the pop of a Sandy Koufax fastball in the catcher’s mitt--it mines that interior territory where the heart confronts its deepest fears and desires, and puts them all at risk, thus creating honest and enduring human tensions." -- Jack Driscoll

For more reviews, go to Amazon.Com and Barnes and Nobles.com